We also take our turn judging these competitions. It’s an excellent opportunity for our club members to enter international competitions without cost.  Those that we take part in have links provided. There are three rounds per year, in November, February and April and clubs enter 6 images each round from six members of the club.

Some of our members are also members of the PSA, have earned PSA distinctions (Find out more).  Two of our members, Brian Magor and Diana Magor, have been   awarded the APSA for services to the photographic community.   Some of our members take part in Study Groups.  There are about six members in each Group, and each month they comment on each other’s images.  This is a very good way to get feedback on your images and to correspond with other photographers.

You can see our members’ study Groups in the following places 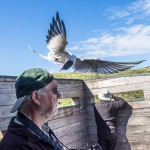 There are five groups in this Inter Club Competition. Hoylake is currently in Group A of the PID Inter-club competition. in 2019-20, we came 10th out of 26 clubs, drawn mainly from the USA, but also from around the world. Top of Group A is Eryri, members of which we know.  Of the top 4 clubs in this year’s competition two were from the UK, one from Belgium, and one from the USA.

Click here to see the end of the year standings

At the end of the year, there is a Best of the Best competition, and the awarded images from all five groups are judged again, and further awards given.  One of our members, Stephen Halsey, was awarded an Honorable Mention. Well done, Steve!

See which images we entered this year and the marks, out of 15, each image was given.

John Sixsmith is the co-ordinator for the Nature Inter-Club Competition. We are in Group A, out of three groups, A, B & C and the current standings for 2019-2020 can be found here. 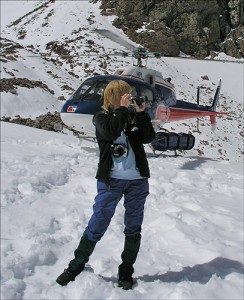 A Photo Travel image expresses the characteristic features or culture of a land as they are found naturally. There are no geographic limitations. Images from events or activities arranged specifically for photography, or of subjects directed or hired for photography are not permitted. Close up pictures of people or objects must include features that provide information about the location Techniques that add, relocate, replace or remove any element of the original image, except by cropping, are not permitted. The only allowable adjustments are removal of dust or digital noise, restoration of the appearance of the original scene, and complete conversion to greyscale monochrome. Other derivations, including infrared, are not permitted. All allowed adjustments must look natural.

Diana Magor (dianamary.magor@gmail.com), seen here on a mountain top in New Zealand,  is the co-ordinator for the Photo Travel Inter-Club Competition.  She would welcome images from club members for these competitions. Remember that there are lots of opportunities for Travel images close to home – you don’t have to travel far from home to find images that meet the criteria above.

There are three groups in PT ICC.  New clubs go into Group C, and at the end of each year, the top clubs are promoted, and the bottom clubs demoted.  This year, Hoylake was in Group B, but having come second in our Group will be promoted to Group A, as the top three clubs are automatically promoted.. 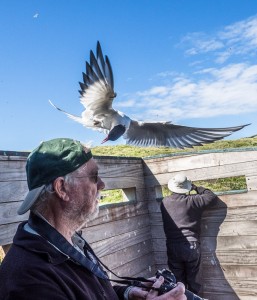 Photojournalism entries should consist of images with informative content and emotional impact, reflecting the human presence in our world. The journalistic (story-telling) value of the image shall receive priority over pictorial quality. In the interest of credibility, images that misrepresent the truth, such as those from events or activities specifically arranged for photography or of subjects directed or hired for photography, are not eligible. Techniques that add, relocate, replace or remove any element of the original image, except by cropping, are not permitted. The only allowable modifications are removal of dust, scratches or digital noise, restoration of the existing appearance of the original scene, sharpening that is not obvious, and conversion to greyscale monochrome. Derivations, including infrared, are not permitted
Human Interest images depict a person or persons in an interactive, emotional, or unusual situation, excluding recreational or sports action.

Brian Magor is the society’s coordinator for the PJ Inter Club Competition.  Images submitted for the society’s People or Illustrative competitions may be photojournalism. but only limited manipulation is allowed.  See text in bold in the definition